In 1996, in a documentary called “The MoneyMasters”, we asked the question, why is America going broke? It wasn’t clear then that we were, but it is today.

Now the question is, how can we get out of this mess? Foreclosures are everywhere, unemployment is skyrocketing – and this is only the beginning. America’s economy is on a long, slippery slope from here on. The bubble ride of debt has come to an end.

The solution is the secret that’s been hidden from us for just over 100 years, ever since the time when author L Frank Baum wrote The Wonderful Wizard of Oz.

It is well known in economics academia that The Wonderful Wizard of Oz, written by L. Frank Baum in 1900, is loaded with powerful symbols of monetary reform which were the core of the Populist movement and the 1896 and 1900 president bid of Democrat William Jennings Bryan.

The yellow brick road (gold standard), the emerald city of Oz (greenback money), even Dorothy’s silver slippers (changed to ruby slippers for the movie version) were the symbol of Baum’s and Bryan’s belief that adding silver coinage to gold would provide much needed money to a depression-strapped, 1890s America.

We believe Baum’s symbols represent the only solution to relieve the growing economic hardship here in America – and the rest of the world. 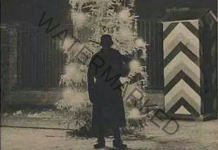 The Ghosts of The Eastern Front