“All of us are aware that these elements are not representative of the will of millions of American citizens who do not doubt for one minute despite the bombardment by a gigantic Jewish-Capitalist instigated propaganda campaign-via press, radio and film-that there is not a word of truth in all these claims.”

Good propaganda does not need to lie, indeed it may not lie. It has no reason to fear the truth. It is a mistake to believe that the people cannot take the truth. They can. It is only a matter of presenting the truth to people in a way that they will be able to understand. A propaganda that lies proves that it has a bad cause. It cannot be successful in the long run. A good propaganda will always come along that serves a good cause. But propaganda is still necessary if a good cause is to succeed. A good idea does not win simply because it is good. It must be presented properly if it is to win. The combination makes for the best propaganda. Such propaganda is successful without being obnoxious. It depends on its nature, not its methods. It works without being noticed. Its goals are inherent in its nature. Since it is almost invisible, it is effective and powerful. A good cause will lose to a bad one if it depends only on its rightness, while the other side uses the methods of influencing the masses. 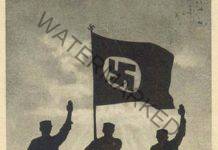